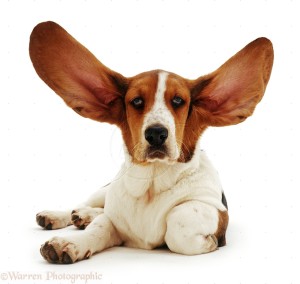 I am going to try my hand at something new with my blog. I thought of this incredibly brilliant idea at this very moment, therefore the logistics haven’t been worked out, other than the title … “Say What?  I will try my best to compile a group of essays based on information my ears have had to endure over the years. Interesting to say the least!

This idea came to life because lately I’ve wondered if I missed my calling to become a priest, lawyer or therapist. Since complete strangers seem to seek out my ears for free and fill them with all sorts of personal information. Honestly, I don’t know how the professionals do it … I would explode from listening.

Years ago I thought this happened to everyone out in the world, but my assessment was waaaaaaaay off! What I have discovered is that most people don’t stay in the company of crazy long enough to partake in the festivities. So why do I?  Probably because I bore easily and find it somewhat entertaining.

ago. Mildred was a lovely woman, although trapped in the 70’s with her choice of clothing, hairdo, pancake-like makeup and logic when it came down to her vajay-jay. She was from the “I only take it out for baby making and special occasions” era.

Poor Mildred was constantly coming in for an itching issue down in the nether regions. I am NOT a doctor for many reasons, but the number one reason would be crystal clear in this case. One look at her and I would be blurting “Mildred! For god sakes let that kitty loose!”  This expert advice would trump a prescription for some sort of anti-itching cream in my practice.

Any who … when she came in for this particular follow-up appointment she decided to lean in close to tell me the horror she endured when she returned home from her last visit. I never said a word, she just poured out her soul to my wide open ears.

Apparently Mildred decided to finally let her kitty cat out of its cage that consisted of several layers of synthetic garments such as the following: underwear, a girdle, pantyhose and slacks. Then she laid on her bed naked with the ceiling fan on high … to you know …  “air things out.” Mildred thought that perhaps this would help with the itching. Just imagine a set a wide eyes right about now. 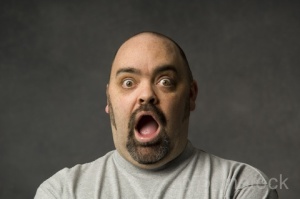 Needless to say this was a shock to her husband, because he made the H U G E mistake of asking “are you waiting for me?” when he entered the room. Poor guy didn’t have a clue that there were reasons, other than his needs, that would cause her to lay on the bed naked with her legs spread eagle.

Mildred went on to explain that she “couldn’t believe” her husband would think she wanted sex in the afternoon. Afternoon? I couldn’t believe he wanted any part of what must resemble a slab of raw meat at this point.

This woman just keep going … letting me know that her ceiling fan extravaganza is now part of her daily routine, with one small change that she revealed in a low whisper … I lock the door.

My hope is that Mildred is going commando under a skirt these days, but something tells me that is not the case and sadly the only thing her husband is mounting is a new ceiling fan.