When The Coffin Lid Closes 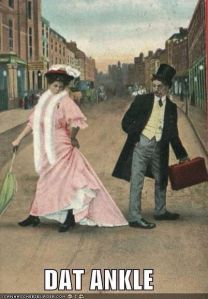 She must want me

For centuries women have had to endure inappropriate Neanderthal comments from the opposite sex … a/k/a men.

Simmer down guys there is no reason to get the torches ready. I’m not talking about ALL men here, just those creatures who sadly try their best to give you all a bad name. True fact!

Recently there has been a stir about street harassment from some very outspoken young women. Oh how I wish I was one of them back in the 80’s.

When I worked in Center City Philadelphia, as a young lamb just entering the slaughter known as the working world, I experienced a group of Neanderthals. Young, naïve and right to the wolves.

It was a beautiful spring day waaaaaaay back in 1989 when I left the confines of my office for that hour of peace called lunch. I

remember this like it was yesterday because of the outfit I was wearing.

I recently purchased a coral colored straight skirt with a thin gold chain belt; a cream-colored blouse and chunky gold necklace. It was new, sophisticated and never worn again after it debuted that beautiful spring day.

Never is my wildest imagination did I think this outfit would cause such a stir among the construction workers, but you just never know what will provoke a crew of Neanderthals. Do not feed the animals!

Me:  Sitting in the courtyard just enjoying the beauty of the day.

Me:  Oblivious just chillin in the sun.

Me:  Curious, but still oblivious to what or who they were talking to.

Me: Then the lightbulb F I N A L L Y went off and I realized … I am Creamsicle!

Have you ever seen a creamsicle run? Well, you missed that boat folks.

I couldn’t get back to my office fast enough, with a slew of emotions in tow. Is it possible feel ashamed, embarrassed, confused, pissed-off and somewhat flattered all at the same time? Yes, in fact it is thank you very much.

Fast forward to today when my young daughter is out there among the wolves. She was working while on winter break, when she had the displeasure of experiencing her own version of Tales From The Cave.

Having it happen to me is one thing, but hearing my cub tell me about the “old creep” who was hitting on her … Oh, this is a game changer. Suddenly putting a hit out on someone seems completely reasonable.

She innocently helped a Neanderthal to his car with his purchases. Why? Because he had a walker and was struggling. My little cub was just being kind.

As she is loading his car he said: “Thanks for your help, but it would be better if you were wearing a bikini.”

My daughter, who was still in shock when she returned home, couldn’t wrap her head around the fact that this crippled man; who was old like her father, could say something “sooooo gross.” Why is the sky blue?

This is when I filled her in on the fact that it doesn’t matter if a man is old, young, crippled or on his fucking death-bed. They will continue to make inappropriate remarks to women … drum roll please … Until The Coffin Lid Closes!

Speak up and …. Enjoy the RIde!