What was once the yard

There has been a lot of activity  going on here at the homestead. 23 years and not one has passed without some sort of project, so why should this year be any different. Because maybe I need a break.

I had no idea about this project until I saw the sketches. Notice that is plural.

One minute I’m attending an open house, and the next there are steel beams being erected in my yard. Confused? Me too.

Sooooooo, after a very long process the ground was broken, just in time for the holidays. Thank you Mother Nature.

What woman doesn’t want to clean-up never ending dirt during the holidays? The answer is … NONE OF THEM!

My friends, neighbors and anyone who sees our house, constantly remind me how “lucky” I am to have such a “handy guy.” Handy is fixing a pipe, I have someone who sees a mantle inside of a tree stump.

It’s not that I’m ungrateful or that I won’t be over the moon with the results, it’s the lonely road in between that does me in. I’m a Home Improvement Widow! 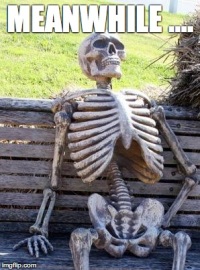 During these periods of “tinkering”, we can sit in the same room and one of us (not me) has no recollection of that period of time.Why? Because the wheels are spinning at a rate that I cannot even recognize. I’m surprised he doesn’t explode.

My life from now until the last stroke of the paintbrush will be solo. My other half is officially consumed into his project. His creative juices are percolating and his magic is about to be unleashed. Meanwhile over here ….

Legos for adults should really be a thing.

As if this enormous project wasn’t enough to occupy every waking moment, we had a recent mishap in our bathroom. 4 loose tiles to be exact. Remember that line.

The solution to this was put the masterpiece outback on hold, take a week of vacation time to “fix” the bathroom and you’ll be taking a shower in a week he said….

We only have one bathroom with a shower. The other bathroom has a beautiful spa tub. You know that saying “too much of a good thing won’t be good” it’s like that.

On the Saturday before the big fix I asked, and I quote: “Are you going to paint?” the response, which will be used by me every chance I get from now, until well … forever was “Yes, I’m going to paint.” 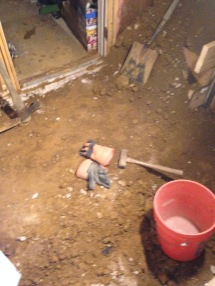 By the time I returned home Monday there was, let’s just say much more progress than I expected. Shock and awe were more like it.

There were FOUR loose tiles people.

Yes, he said he was going to “rearrange” the toilet and the sink.

No, he did NOT say anything about demolition … AT ALL! He said he was going to paint!!!

Needless to say, the week came and went. Progress is being made, but I’m still not showering or murdering.

The tile is down. The molding is up. The shower is on BACK ORDER. The toilet, sink and walls have not been spotted, but my patience is still intact. Hanging by a thread…but still on.

It’s all about balance

My favorite part about all of this is using my new Super Power. That’s right folks, the line “you said you were going to paint” is my new go to for everything ever wanted by yours truly.

Me: I think I’m going to order new cushions for the patio.

Hubby: Do we really need them?

Me:  You said you were going to paint. They arrive Tuesday.

I just love the Yin/Yang of life!

© Life With The Top Down, 2012-2015. Unauthorized use and/or duplication of this material without express and written permission from this blog’s author and/or owner is strictly prohibited. Excerpts and links may be used, provided that full and clear credit is given to Life With The Top Down with appropriate and specific direction to the original content.