Life With An Extra Side of Flavor

This week’s writing challenge: Tell us about a character in your life. 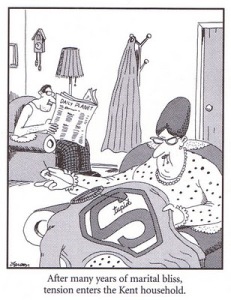 Where the heck do I even begin with this challenge? My dilemma isn’t a lack of material, it’s narrowing down the list. I’m not sure if it’s my overly curious nature or keen listening skills, but my path is always crossing crazy. Never a dull moment that’s for sure.

For this piece I decided to share the likes of Kathy MacDonald, a coworker from my very first “real” job. You haven’t experienced characters of the real world until you work for the Federal Government in Center City Philadelphia, at a meer 18 years old. This was similar to dropping a lamb off into the center of the  jungle.

I’m not certain of Kathy’s age at the time, considering 30 year olds appear ancient when you’re 18, but if I were to guess, I would place her around 60 at the time.  She had white cotton candy shaped hair, large glasses with over exaggerated features. Her cleavage doubled as a clutch purse and her voice was that of a well seasoned smoker, however Kathy never smoked. Kathy’s wardrobe consisted of nothing from the current decade and everything from the closet of a retired 60’s go-go girl, complete with colored plastic beads & baubles to match any shade on the color spectrum.  She stepped right off of a Far Side calendar and planted herself in the desk behind mine. 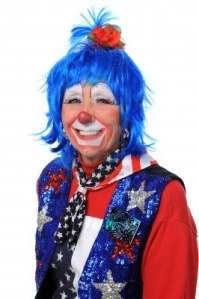 forget this fact due to Kathy MacDonald, who was dressed as a human american flag in honor of the holiday. As if the red,white & blue ensemble weren’t enough, it was accessorized with flag earrings, a red sparkly headband, all sorts of red, white & blue plastic beads and bangles with blue socks that donned stars and of course, white sandals. I was in awe!

She introduced herself just as she headed out the door at lunch time to partake in the festivities over at Independence Hall. I had never met anyone who celebrated Flag Day with such enthusiasm in my life. To be honest, at 18 I probably had no idea there was a holiday called Flag Day. I quickly learned that ALL holidays were celebrated equally in true Kathy fashion.

The only difference is the hair color.

Kathy always had a story that my 18-year-old ears had no business hearing, but I couldn’t help but be completely absorbed in her tales. One day she called me over to her desk to discuss the discomfort she was having with her “girdle”. I patiently listened how this “girdle” was pinching her skin, yet she didn’t feel it was doing its job. I had NO IDEA what a girdle was up until this point…I was just coming out of diapers for god sakes! She proceeded to raise her dress to reveal this torturous device that spanned from her neck to the middle of her thighs. It was covered in metal zippers with these elastic ribbons that held up her stockings. It’s really a shame that cell phone cameras weren’t around in 1982.

As you can imagine the girdle sighting stayed with me for quite some time. My mother tried to reassure me that it was only an undergarment, but I probably should have undergone some sort of therapy at the time. To this day I have questions about those zippers. Not to mention this went down in the freaking office!

I have certainly witnessed a large cast of characters over the years, most that left Kathy appearing almost normal. Looking back on Kathy’s character, I must say she certainly lived life with a little spice adding flavor wherever she traveled. She certainly made it easy for me to go to work every day…I never could risk missing an event.

The world can be amazing when you’re slightly strange, so be yourself and Enjoy the Ride! 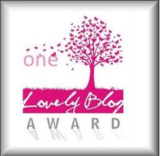