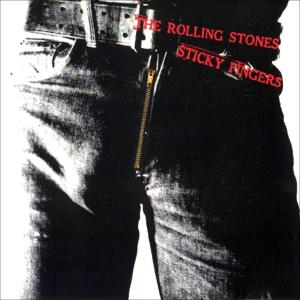 Music has always played a part in my life. I really can’t remember a time when there wasn’t some sort of music in our house, including my mother’s rendition of Reading & Writing and Arithmetic which was used to get us out of bed. Poor thing couldn’t carry a tune if it had a handle.

My dad’s contribution to our listening “pleasure” came through the likes of someone by the name of Boxcar Willie, who according to Wikipedia was an American singer, who sang in the “old-time hobo” music. No doubt this is what lead to my despise of country music.

Then there was my oldest sister’s influence of the Rolling Stones, Jimi Hendrix and Deep Purple. Sneaking into her room to see the Sticky Fingers album cover was a highlight of my childhood. The zipper really worked!

As kids we were always putting on musical productions in our garage. We

made a curtain out of sheets, while our broom handles doubled as microphones. Good times! Our first big show included  Proud Mary by the legendary Tina Turner. My sister, who was the oldest of the crew at the age of 10, gave herself the titles of producer, director & choreographer of the show. She was ruthless! During our rehearsals she tapped her red yardstick on the cement floor while pacing the room waiting for one of us to miss a step giving her the added pleasure of screaming START AGAIN. To this day when I hear that song I am compelled to do my routine and I have.

My preteen and teen years were loaded with a very wide variety of tunes. I loved Donna Summer, Evelyn Champagne King and the soundtrack to Grease just as much as Van Halen, Aerosmith, Cheap Trick & Cars. It all depended on the mood and the moment. Some moments I would like to forget, like the time someone most likely some stupid boy brought me to tears. This provided my friend’s older brother and biggest crush, the ammunition he needed to BLAST Van Halen’s Jamie’s Crying from his garage as I walked home from school. I can’t hear that song without acknowledging my first love/hate relationship.

The 20’s were loaded with dance music. I loved sharing the 80’s club scene with the King of Pop Michael Jackson and the Queen of all things 80’s Madonna. These icons were definitely staples in my musical life at that time. Along with shoulder pads & BIG flammable hair of course.

My 30’s…hmm, clearly a dark period in the music department. I had to surrender to the listening choices of the little ones, which included the screeching sounds of Barney the Dinosaur, Binyah Binya the Jamaican Pollywog or whatever other shows were keeping them entertained at the time. I don’t know about the kids, but I can still sing every song! Things started to look a little brighter when my daughter became obsessed with N’Sync and my son insisted on listening to REM’s Man on the Moon on the way to preschool. There is a God!

Currently I am all over the place with my musical selections. One peek at my playlist would clue you in on my wide range. There are days when Al Green is at the top of the list and then there are those days when Alice In Chains blaring is absolutely necessary to decompress during the car ride home. After all music is what feelings sound like…right? 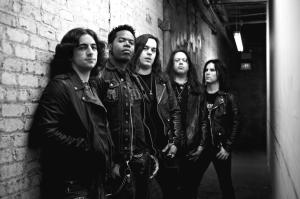 their dream through their passion for music. They recently had the opportunity to open for Slash with Myles Kennedy, the Conspirators and Foxy Shazam at the House of Blues in Atlantic City. As if that weren’t enough…

They were also hand selected by Slash himself as the Grand Prize winners of a nationwide contest hosted by Guitar Center. This was quite an honor considering the amount of competition! All of these achievements are coming on the heels of launching their first album American Swagger. I’m looking forward to this addition to my playlist.

Music makes the world a better place, so crank it up while you … Enjoy the Ride!